(Nashville, TN) – Nashville based musician Rockin’ Rich Lynch (www.RichLynchBand.com) is back with an electrifying rocker that draws inspiration from America’s favorite past-time known as the great game of baseball.

The origin for the memorable 3 minute and 27 second track emerged when Lynch was at a songwriter’s showcase in Nashville earlier this year. Rockin’ Rich Lynch was talking shop and the mysteries of the craft with the event’s publicist who was also an aspiring musician and recording artist in town.

“You know how to make a hit, don’t ya,” she said to Rockin’ Rich Lynch with a gleam in her eye. But, Rich’s blank stare in return indicated that he clearly did not!

“Keep Swinging” was the sweet reply.

Lynch said he got home just before midnight several weeks ago and couldn’t get to sleep as those two words were reverberating in his ears.

“I got up at 3 a.m. and jotted down all the ideas that found their way into the composition that was nearly 90 percent complete by the following morning,” Lynch continued.
“You see, I played ball as a kid. I was a pitcher and was quite good until all my classmates had a growth spurt that left me at a size disadvantage that saw me turn in my cleats in the seventh grade,” Lynch recalled about his own history with the sport during a much loved Little League career that was cut way too short when he walked away from the diamond.

“I guess in hindsight you could say my interest in music and songwriting really increased around the same time I stopped playing baseball,” Lynch remembered. “But, I couldn’t really hit anyway. It was only later in my early twenties that I learned what ‘keep your eye on the ball’ really meant. Too late to salvage my own dreams of joining the ranks in Cooperstown.”

For this particular track, Lynch revisited the idea of creating fictional scenarios for the subject of his songs. In this case, he fabricated an opportunity for a relatively unknown player to step into the batter’s box, take a couple of pitches (a fastball and a curve) before ultimately writing some bottom of the ninth inning heroics into the script for the triumphant protagonist who knocks the game winning dinger out of the park just in the nick of time.

“In a sense, it’s autobiographical because it’s getting a little late in the game for me to make it in this industry,” Lynch implied. “And, it is also a song that is about creating a hit song using baseball as the framework and metaphor to accomplish the task.”

To accomplish this particular task, Lynch returned to the welcoming environs provided by the professional studios of Record One and the detail oriented leadership of their founder Dallas Jack who helped him craft a slightly heavier sound rooted in some of Rockin’ Rich’s musical heroes of the early 80’s like Def Leppard, AC/DC and a hint of Randy Rhoads sprinkled throughout.

“I think Dallas Jack succeeded in helping me fine tune this effort to give it every chance of actually becoming a hit song,” Lynch added. “It is after all about hitting a home run. Now, it’s just up to the fans to help me touch all the bases!”

ABOUT RICH LYNCH: Rich Lynch is a singer/songwriter who began his professional recording career in 2014 with “I Want to Live in a Dome”. He has now released over 30 critically acclaimed digital singles to the online marketplace and he is currently hard at work in Nashville on several new tracks that will see the light of day in the near future. 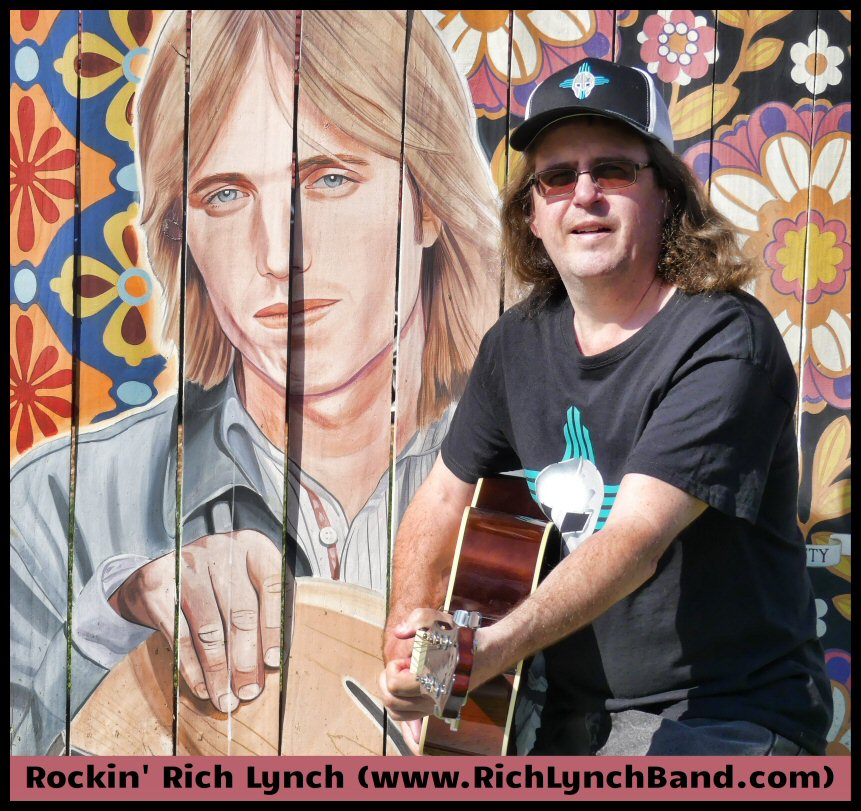